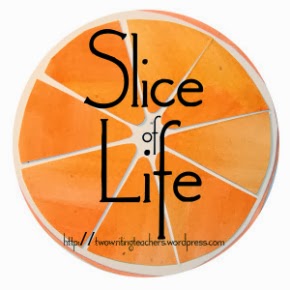 I don't know if we just didn't listen to our mom or what, but she would often resort to telling us stories to get us to behave.  There are many, but I am just going to share a few right now...  to whet your appetite.  :)
The Casey Brown Story:
My brother, sister and I often played outside as children.  On any given day, you could see us on a big wheel, roller skates, skateboards, plastic stilts, bicycles, you name it!  :)  My mom did not care what we played on, but she REALLY cared that we were wearing shoes while we were doing it.  She insisted.  Welllll...  sometimes I didn't listen very well and would run out of the house in my bare feet.  In fact, I usually had bare feet as a child.  I hated shoes.  My mom would find me wherever I was a bring me home to put shoes on.  Flip flops did not count.  Boo!
One day, my mom sat me down and told me the Casey Brown story.  She told me that a little boy who lived in the neighborhood (really) had been on his big wheel without shoes on.  She said that he was riding down the big hill by the pool when he lost control.  He tried to pull the break and it didn't work so he put his bare feet down to slow down.  Casey lost all of the skin on his feet and had to have bandages for a very long time.  He couldn't play outside and he couldn't ride his big wheel.
I don't know if this story was true or not, but I can tell you that I most certainly did not ride my bike, big wheel or anything else barefoot!
The Sandman:
I am going to admit right up front that I was not a sleeper.  I never slept as a baby, a toddler or a young child.  I believe that my mom told this out of sheer desperation to get me to sleep so don't judge too harshly.  :)
My mom tucked me into bed every night.  It was a very special time because it was usually the only time that I had time alone with her.  I can't remember if she read to me or not, but we would often talk about our day and she would answer the ten million questions that I had generated that particular day.  :)  I remember one night when she was tucking me in, she said, "Now you go to sleep or the sandman will get you."  I promptly told her that that was NOT true.  She told me that if I put my head on my pillow I could hear his footsteps coming down the hall.  Of course I put my head on my pillow, and sure enough, there was the rhythmic sound of the Sandman's footsteps.  I was terrified!  I pulled my blankets up around me ears, pulled my legs up (lest he pull me out of my bed by my feet) and shut my eyes as tightly as I could.  Even if I couldn't fall asleep, I was definitely going to look like I was asleep!
Many years later, I realized that the sound of the sandman was actually my own pulse in my ears.  LOL
Uncle Al:
I had a MAJOR problem with playing with car locks when I was little, especially when I was in my grandma's car with the automatic locks.  I loved those things!  Click click.  Click click.  Over and over...
Well this bad habit drove my grandma crazy!  I remember one time when we were traveling somewhere around Texas all by ourselves, she was in the front seat and I was in the back seat and she had specifically told me NOT to play with the locks.  Hmmm....  That just made me think about the locks in an almost obsessive way.  It was like having an itch that you can't scratch not being able to touch them.  I just put my hand over the lock at first.  "Don't you touch that," grandma said sternly.  Click click.  Click click.  Now my grandma's arm was sweeping the backseat, trying to catch me in the act.  So terrifying and exciting at the same time!  Click click.  Click click.  Her arms swung closer and closer.  Click click.  Click click.  Grandma slammed on the brakes and pulled me out of the car to swat my bottom on the side of the road.  You would think that I would learn, but no...  So this brought on the Uncle Al Story....
One day, while my grandfather was driving the cousins home from their grandparents, Uncle Al was playing with the door.  Well, he had unlatched the door but didn't realize it.  When grandpa turned a corner, Al's  door flew open and Al  began to fall out.  Grandpa grabbed his foot and help on or else Al would have fallen out of the car.  When grandpa finally was able to stop the car completely, he pulled Al in and his head was full of rocks (literally).
I can't say that I never played with locks again, but I can tell you that that story made me cut waaaaaay back.

Well, I am proud  to say that I have not told my children terrifying stories to keep them in line, but don't think for a minute that I haven't been tempted!!!!
Posted by Unknown at 5:57 PM